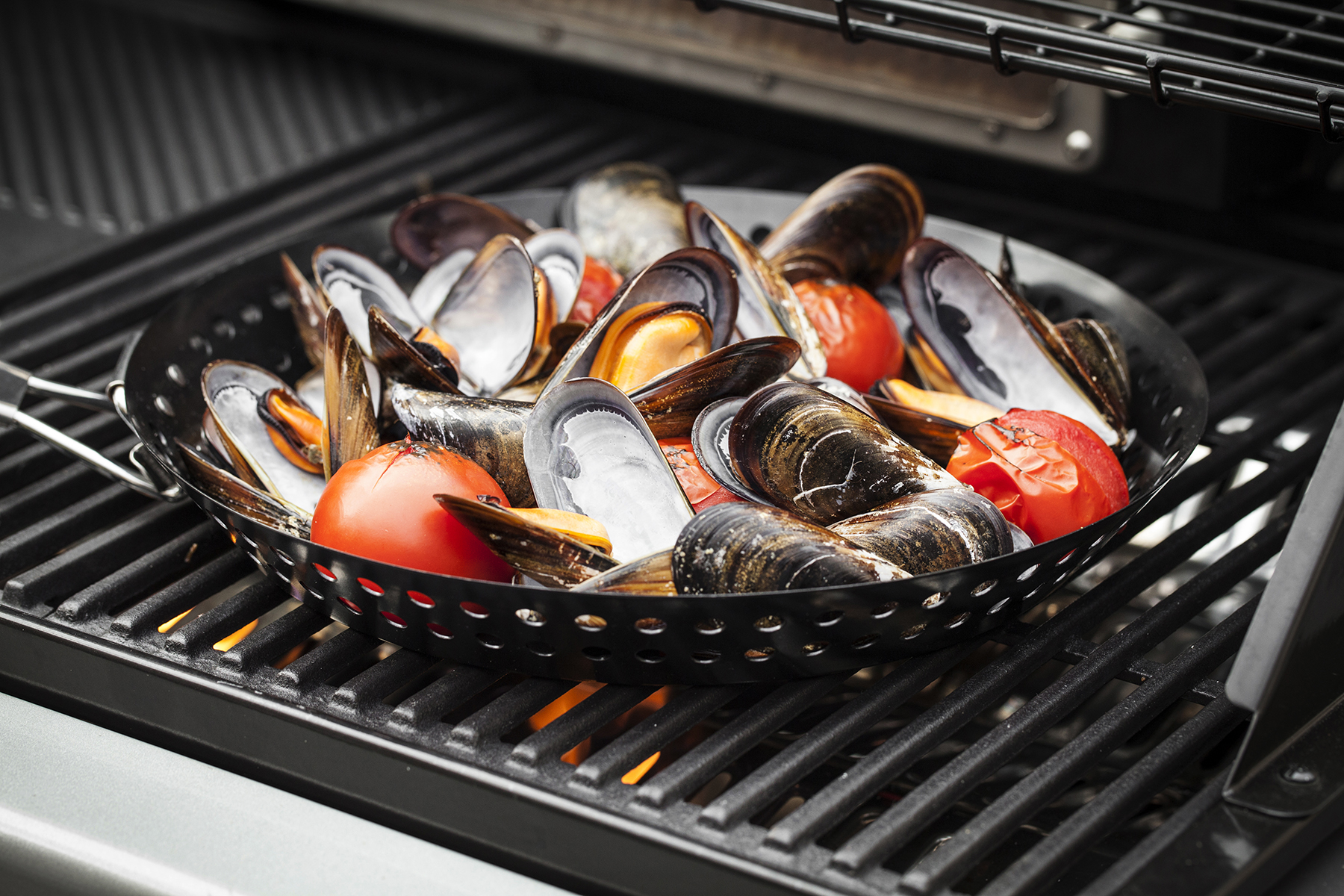 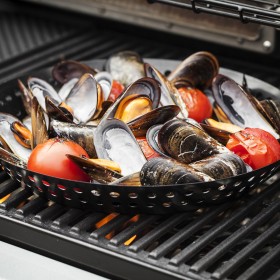 Mussels and tomatoes in the grilling wok

Grilled Mussels on The Half Shell with Roasted Tomato Cream Sauce